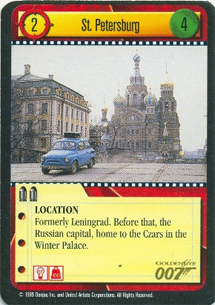 Because of all these errors, the “GoldenEye” Collectable Card Game total comes to 217 cards, unless that is if you know of others I’ve missed. As I said these misprints are in the English version, other versions may have the same, more or less. When a real die hard James Bond memorabilia collector tries to get all these cards together, you hope the firm printing them knows what they are doing and there’s no mistakes. Sadly this is one of the worst sets for errors and misprints and it turns the fun in collecting into a nightmare. To compile this set and to get to what I have now took me ten years. I hope it’s easier for you and I wish you “Good luck” in your hunting.

(Special thanks to Gianmatteo Tonci for providing the above pictures.)

In May 2018 I got hold of a partial Italian card set, among those cards i discovered a never seen before card of "Dmitri Mishkin". That same year I got a mail from an Italian collector who explained the card I discovered. In Italy the collectors could send five empty booster packs to the company that produced the cards to obtain three new cards that were not distributed in booster packs. The cards are show here above. The Italian starterpack also contained a sixteen page booklet with lots of information on the card game. You can download the booklet here. 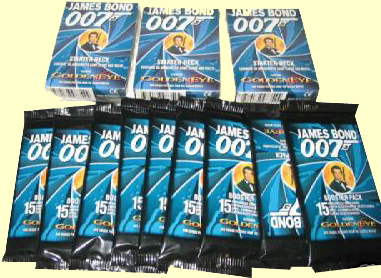